After the film Gravity picked up a handful of Oscars, including for best cinematography and best visual effects, Nasa releases images of the real thing. 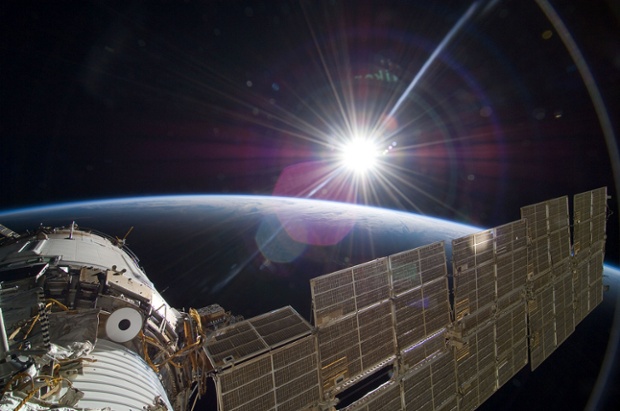 The sun greets the International Space Station from the Russian section of the orbital outpost, photographed by one of the STS-129 crew members 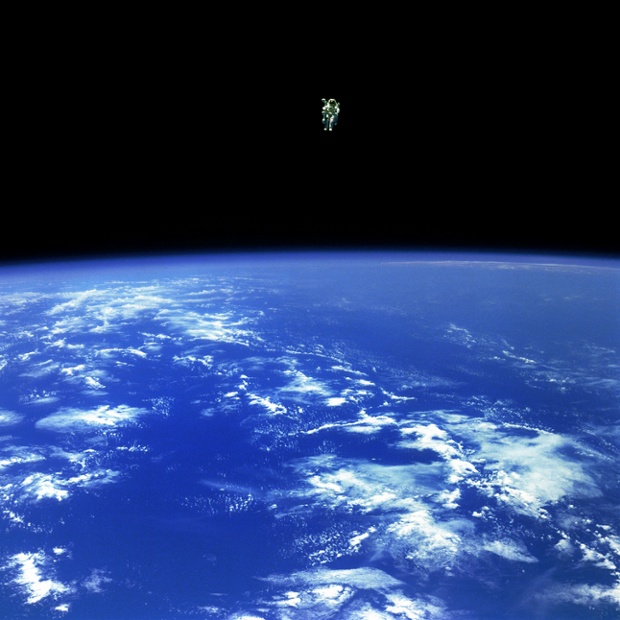 Mission specialist Bruce McCandless II, is seen further away from the confines and safety of his ship than any previous astronaut has ever been. This first was made possible by the manned manoeuvring unit, a nitrogen-jet-propelled backpack. After a series of test manoeuvres inside and above Challenger’s payload bay, McCandless went «free-flying» to a distance of 320ft from the Orbiter. This panorama view shows McCandless out among the black and blue of Earth and space. 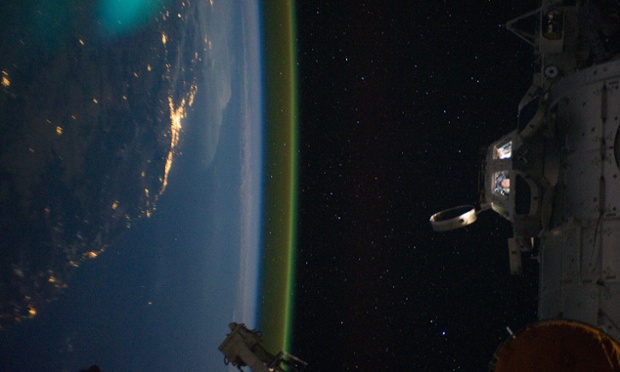 This sideways image features the International Space Station’s Cupola and crew activity inside it, other hardware belonging to the station, city lights in Australia and air glow. Captured by one of the expedition’s 28 crew members, it shows Brisbane on the coast of Queensland as the station passes over an area south-west of Canberra. 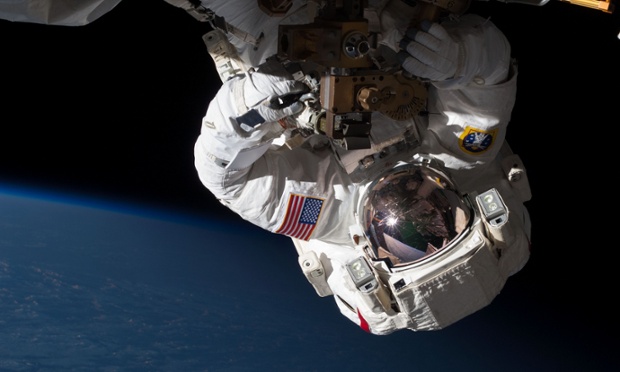 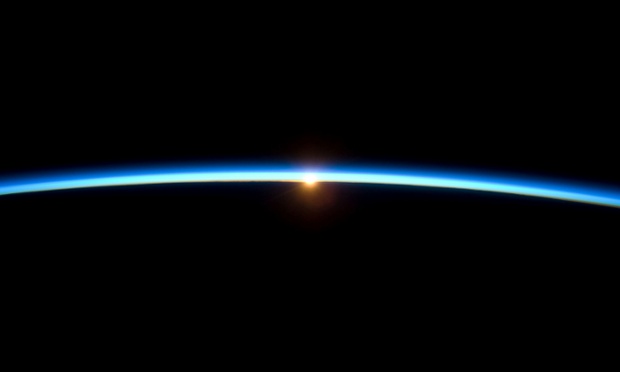 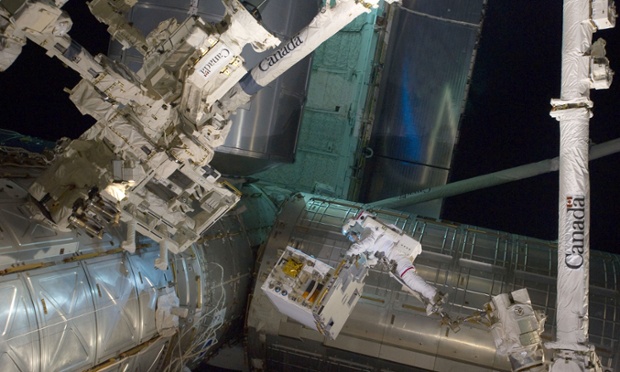 With his feet secured on a restraint on the space station remote manipulator system’s robotic arm, or Canadarm2, Mike Fossum (centre) holds the robotics refuelling mission payload, which was the focus of one of the primary chores accomplished on a six and a half hour spacewalk. The failed pump module is with Dextre on the lefthand side of the photo. Fossum and Ron Garan performed the spacewalk, which represents the final scheduled extra-vehicular activity during shuttle missions 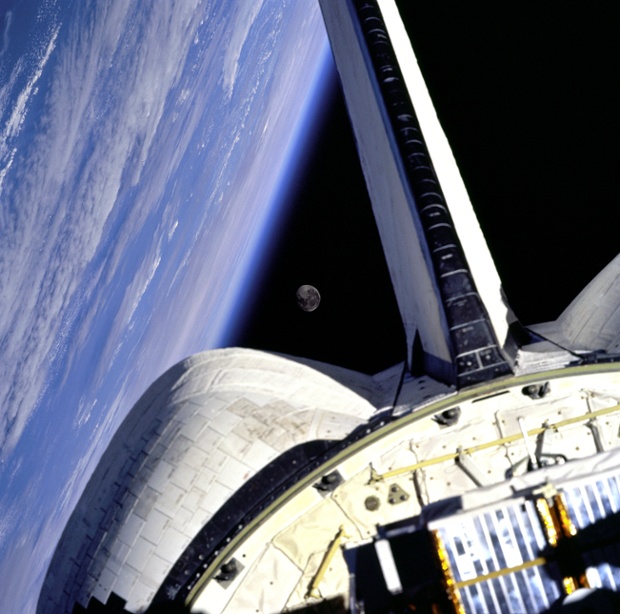 Earth and its moon are nicely framed in this image taken from the aft windows of the space shuttle Discovery in 1998. Discovery – on mission STS-95 – was flying over the Atlantic Ocean at the time 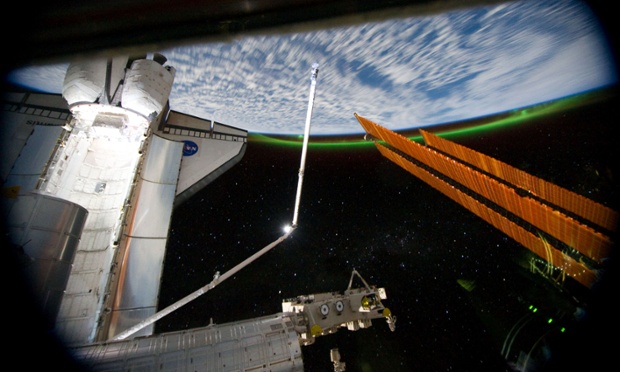 Photographed from the International Space Station, this panoramic view looks past the docked space shuttle Atlantis’s cargo bay and part of the station, including a solar array panel, towards Earth, as the joint complex passes over the southern hemisphere. Aurora Australis, or the Southern Lights, and a number of stars can be seen on Earth’s horizon 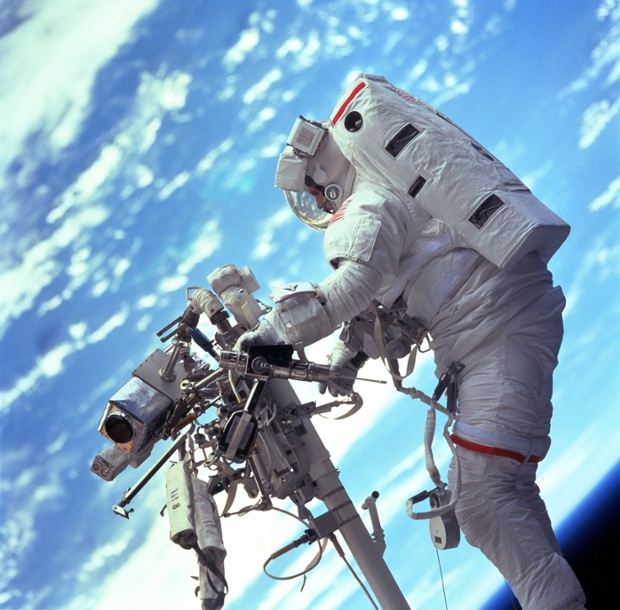 Steven L Smith, payload commander, retrieves a power tool while standing on the mobile foot restraint at the end of the remote manipulator system (RMS). Many of the tools required to service the Hubble space telescope are stored on the handrail attached to the RMS 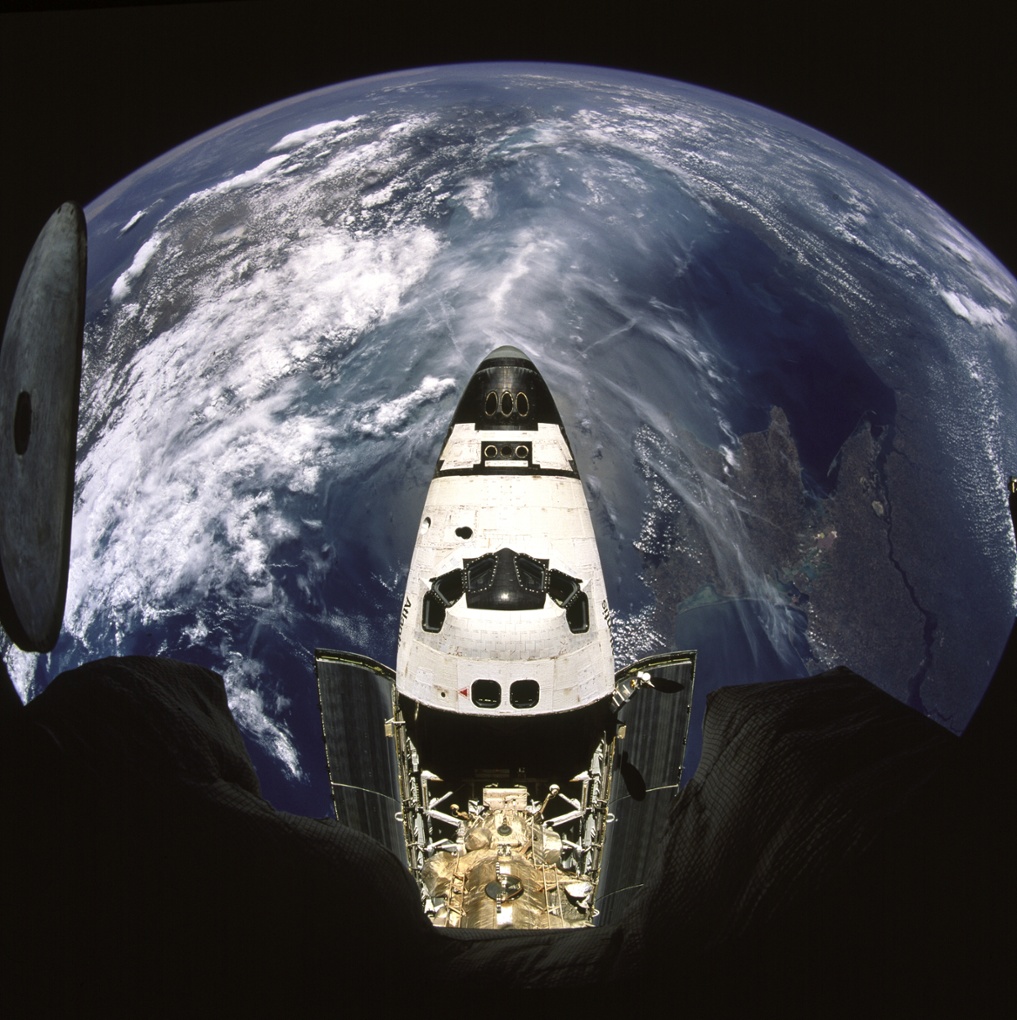 From the cupola, Chris Cassidy, an Expedition 36 flight engineer, uses a 400mm lens on a digital still camera to photograph Earth, some 250 miles below him, and the International Space Station 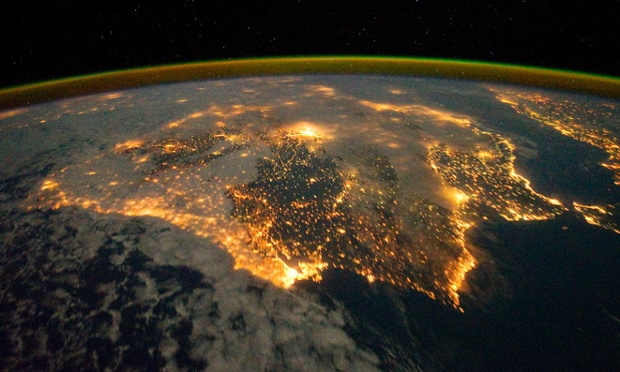 The lights of Spain and Portugal define the Iberian Peninsula in this photograph from the International Space Station. Several large metropolitan areas are visible, marked by their relatively large and brightly lit areas, including the capital city of Madrid in the centre of Spain. The ancient city of Seville, visible to the north of the strait of Gibraltar, is one of the largest cities in Spain. The view is looking toward the east, and is part of a time-lapse series of images 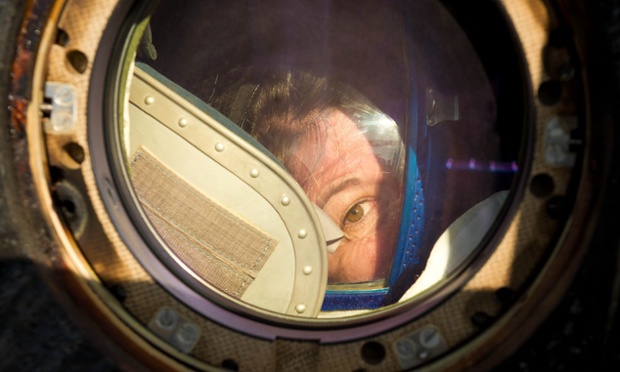 Expedition 27 flight engineer Cady Coleman peeks out of a window of the Soyuz TMA-20 spacecraft shortly after she, commander Dmitry Kondratyev and flight engineer Paolo Nespoli landed south-east of the town of Zhezkazgan, in Kazakhstan.