With romantic locations under the stars, Europe’s outdoor cinemas evoke the magic of the silver screen 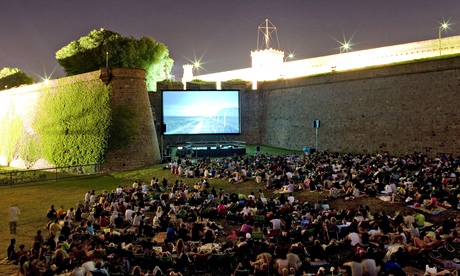 The Sala Montjuïc is an open-air cinema festival that takes place each summer in the gardens of Barcelona’s Montjuïc Castle. There’s a mix of classics and new films. Last year I saw Blancanieves, the silent film version of Snow White, backed by a live band. You can get a ticket for €13.50 that includes an organic burger and chips, although there are plenty of people who bring hampers full of beer and snacks.

My favourite film festival is at a pop-up open-air cinema in Scotland. Make the trip to Cromarty during the first weekend in December and you won’t be disappointed. Join the audience near the shoreline for mulled wine and watch the opening film as it is projected on to the lighthouse. It brings a whole new perspective. It also heralds what I can guarantee will be an enjoyable weekend, where you’ll see a variety of films and meet a lovely community on the Black Isle.

Locarno on the Lake, Switzerland 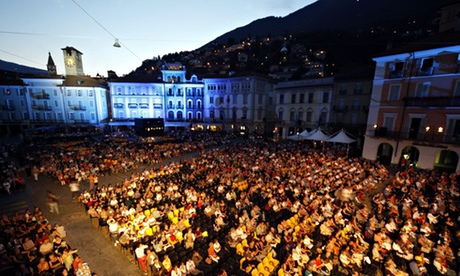 The Swiss lakeside town of Locarno, at the northern tip of Lake Maggiore, with views of snow-clad Alpine peaks in the distance, is the venue for one of Europe»s oldest outdoor cinema festivals. The great attractions are the beautiful Piazza Grande – with seating for 8,000 to view the movies – and the 26 x 14 metre screen. The starry summer skies, balmy night air, palm trees and bohemian atmosphere make alfresco film watching a real pleasure.

This is a rooftop cinema in the heart of the historic Plaka area and sits in the shadow of the Acropolis, which adds atmosphere to any film. There is a wonderful mix of local people and tourists, with movies ranging from animation to the latest arthouse must-sees. I have treasured memories of sipping a chilled beer and watching a brilliant film in the most stunning setting imaginable. 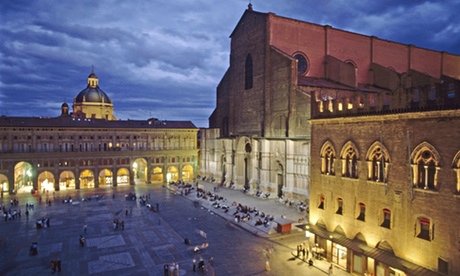 The main screen for this festival each June/July is in the town square next to the cathedral. There’s a mix of movies, all free. Last year I saw a restored Charlie Chaplin short, part paid-for and introduced by the director Alexander Payne, followed by a 100-year-old Swedish movie with a new soundtrack played by a live orchestra. Next day was Hiroshima Mon Amore, an Alexander Payne retrospective on other days, and always at least one Hitchcock. Have seen North Sea fishing film with Sicilian folk singers and Cabinet of Dr Caligari with new industrial soundtrack. Always crowded, great atmosphere and probably World Cup matches too this year.

If you’ve had enough of swimming and sunbathing on the beaches, hop on the number 30 bus from the tourist resorts to the El Faro lighthouse and take a seat on the comfy leather sofas. Ask for sofa service, which includes pizza, and a cocktail or ice-cream at the interval. All films are original-language versions, with great sound and screen quality. 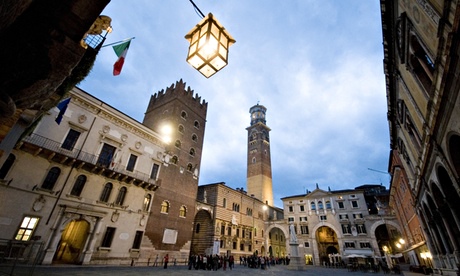 The outdoor cinema in Verona consists of a screen in a large courtyard near the «real» cinema, filled with precise rows of plastic seats and overlooked by several dozen flats. For a few weeks every summer you can join the Veronese and enjoy the latest films in the balmy evening air. In the interval have a gelato and a glass of water and listen to your neighbours catching up on the local gossip.

Just outside town is the most chilled place to watch a movie on the planet. You can recline, near horizontal, in a luxury deckchair, breathing in the heady mix of joss sticks and other herbal aromas, with a cocktail from the bar on the table beside you and the Greek stars twinkling above. 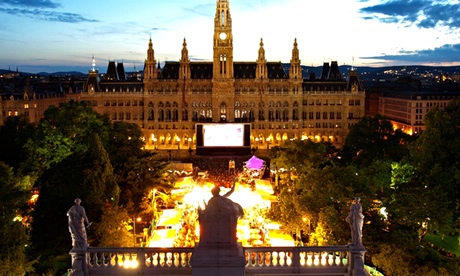 Vienna during the Rathausplatz film festival.

Wind down after a busy day of sightseeing to watch recordings of operas, operettas and musical performances by artists as diverse as Paco de Lucia  and Falco. The Vienna summer film festival takes place during July and August with the famous town hall as a backdrop. Entrance is free and events start at dusk. Arrive early to secure good seats and to sample food and drink from around the world at the many stalls on the promenade leading up to the square.

Every summer at La Villette, French and foreign films are screened in this trendy modern park in the north-east corner of Paris. It’s free, with deckchairs for rent. There is special equipment for the hard of hearing and visually impaired. Screenings take place every evening from the end of July to the end of August. Enjoy the great atmosphere with lots of picnics and families.