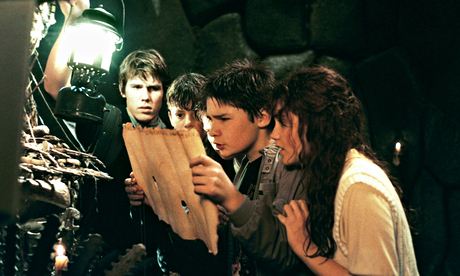 The director of  The Goonies, Richard Donner, has said a sequel to the cult 80s children’s adventure is in the works.

Donner told gossip site TMZ that he hoped to bring back all the stars of the original film for the follow-up. That would mean a return for actors such as Corey Feldman,  Josh Brolin, Sean Astin and Jeff Cohen, whose lives have taken diverse paths since the 1985 movie. Feldman, who has for years been the biggest cheerleader for «Goonies 2″is a reality TV star and singer in a ska band (as well as occasional actor), Brolin and Astin retain Hollywood careers and Cohen (Chunk) is an entertainment lawyer.

Donner, also the director of Superman and the Lethal Weapon films, was signing autographs in an undisclosed location when he was asked to comment on the proliferation of superhero movies in 2014 Hollywood. Asked if he would make another comic-book film, he said: «If you call The Goonies a comic book – we’re doing a sequel.» Prompted to reveal which stars of the original would return he replied: «Hopefully all of them.»

The original Goonies centred on a group of Oregon pre-teens facing the loss of their homes due to the imminent building of a country club who find themselves on a hunt for pirate treasure. It was produced by Steven Spielberg and is often cited as one of the top children’s movies of the 1980s. Rumours of a sequel have abounded for much of the past decade but no film has ever entered production.

Donner, 83, has not directed since 2006’s 16 Blocks. However, he and his wife Lauren Schuler Donner own The Donners’ Company, which continues to produce the X-Men films.