QUOTE OF THE DAY BY GEORGE WASHINGTON 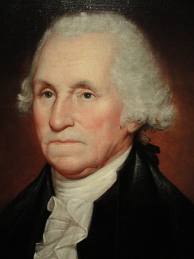 “If the freedom of speech is taken away then dumb and silent we may be led, like sheep to the slaughter.”

George Washington, February 22, 1732,  was the first President of the United States (1789–1797), the  Commander-in-Chief  of the  Continental Army  during the American Revolutionary War, and one of the Founding Fathers of the United States . He presided over the convention that drafted the United States Constitution, which replaced the  Articles of Confederation  and remains the supreme  law of the land.